Qualifiers: http://images.akc.org/pdf/events/rally/national/2015/Eligibility_List.pdf
Eligibility Information: http://www.akc.org/events/rally/national/2015/eligibility_info.cfm
Odyssey and Zelda had a fun visit to the sheep barn, these puppy girls are keeping me on my toes with their energy!
Greater Clark County Kennel Club Show
Introducing Ch. Trout Creek's Alice In Wonderland "Hazel" who finished her AKC Championship this December rounding out her show records with five shows and four major wins. Hazel is from the Alice In Wonderland Litter (Sophie x Gunner) and gives Sophie her first AKC champion. Thank you to her owner Rick and Nancy Ruiz for all your help and to Luke & Rowan Baggenstos for your handling!

Golden Gate GSMD Club Western Regional Specialty-Pleasanton, CA
We packed up the van and headed down to Pleasanton, CA with Tucker, Rhea, Hazel and Butler to attend the Western Regional in Pleasanton, CA.  At the last minute Cascade's co-owners, Jill & Claire, decided they'd be up for trip to Northern California and they joined us that show. We had great time visiting with old and new friends and getting to see many swissies -- there were 55 the day of the specialty, which is very large entry for the western part of the country. The dogs were WONDERFUL traveling companions and were great company in the hotels along the journey. The first night we arrived in California everyone got baths a self-wash store and then the next day was show time.  Thank you to my co-owned homes for trusting me with your pups to take along for the trip and big thanks to  handlers; Luke Baggenstos, Valerie Nunes,  Ellen Cox, and The Schultz's.
Odyssey & Zelda's big adventure!
Zelda and Odyssey just got back from a great vacation at Camp Jones! While I was down south in California at the regional specialty they welcomed two young little swissy girls into their home and took the best of care of them. The Jones' took them all over town and they got to meet so many people, get tips from their auntie Scwhinn, experience life in the city and have two boys (and all their friends) love on them -- the best socialization I could ever ask for. Ody and Zelda were very busy little pups going to the Hillsboro Farmers Market, football practice, they were office visitors with Joe to work, and they were special guest in Shannon and Colby's classes to name a few of their adventures. 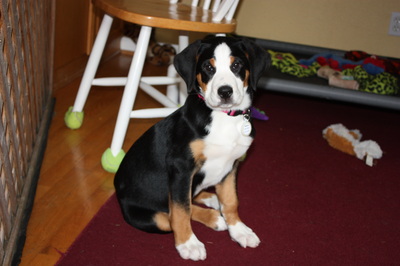 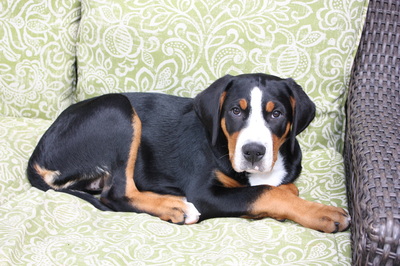 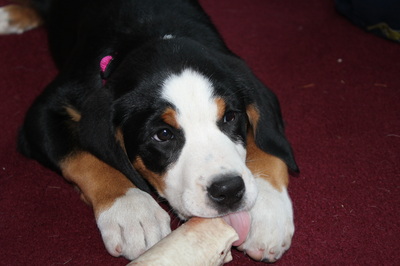 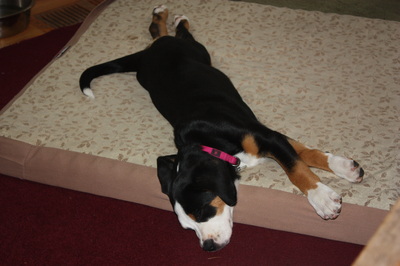 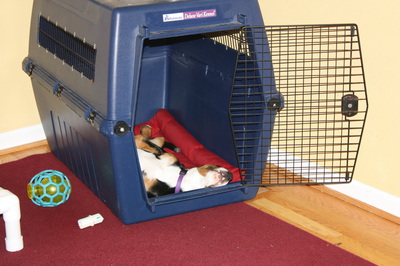 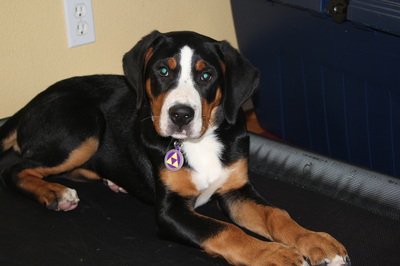 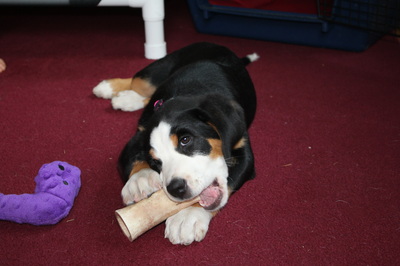 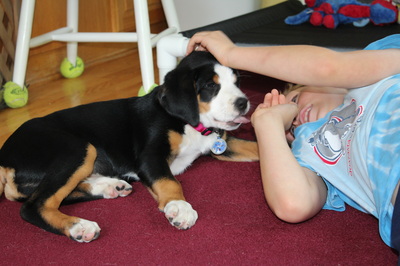 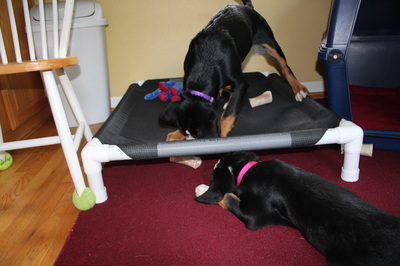 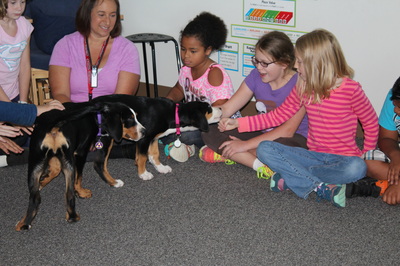 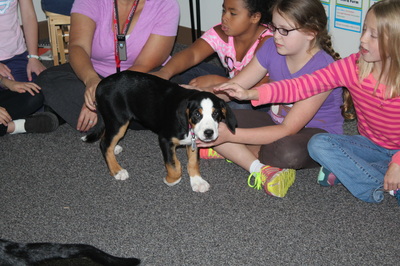 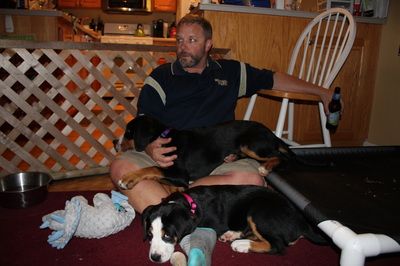 My favorite big guy Tucker is visiting of the next couple of months and he is such a pleasure to have! I love looking out the window and seeing Onna and her  brother playing together, they both remind me so much of their sire Klaus...it is nice to have a piece of him here. Thanks to his co-owners Kris & Jena for sending him on a summer vacation.

This has been a busy summer with the puppies, but I was able to get away for a couple hours for an adventure with Dash. We visited Hood River and she had her first go in the Columbia River, I surly wouldn't call her a lover of water, but she did enjoy exploring the water and it was nice to get out and enjoy the warm weather we've been having. 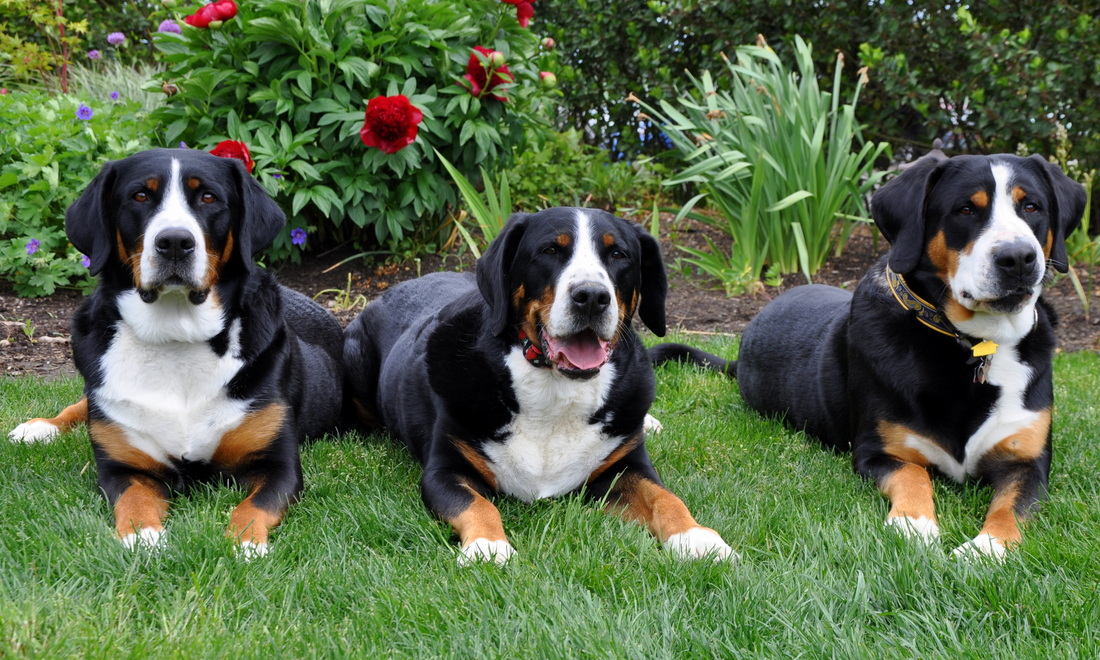 Rhea (center) with her daughter Heidi and grandson Ruger